Why are some Styli & Cartridges more expensive than others ?

Both the shape of the stylus and the materials used to construct the stylus, cantilever, magnets and coils all contribute to the overall cost of the cartridge, and to how well they replicate the vibrations within the groove of the record, plus the wear and tear over time of your record collection.

Note: A very expensive stylus / cartridge will only perform at its best when combined with a tone arm and turntable of the same caliber. It is absolutely pointless mounting an expensive cartridge onto a tonearm which does not allow precise stylus, cartridge and tonearm alignment. 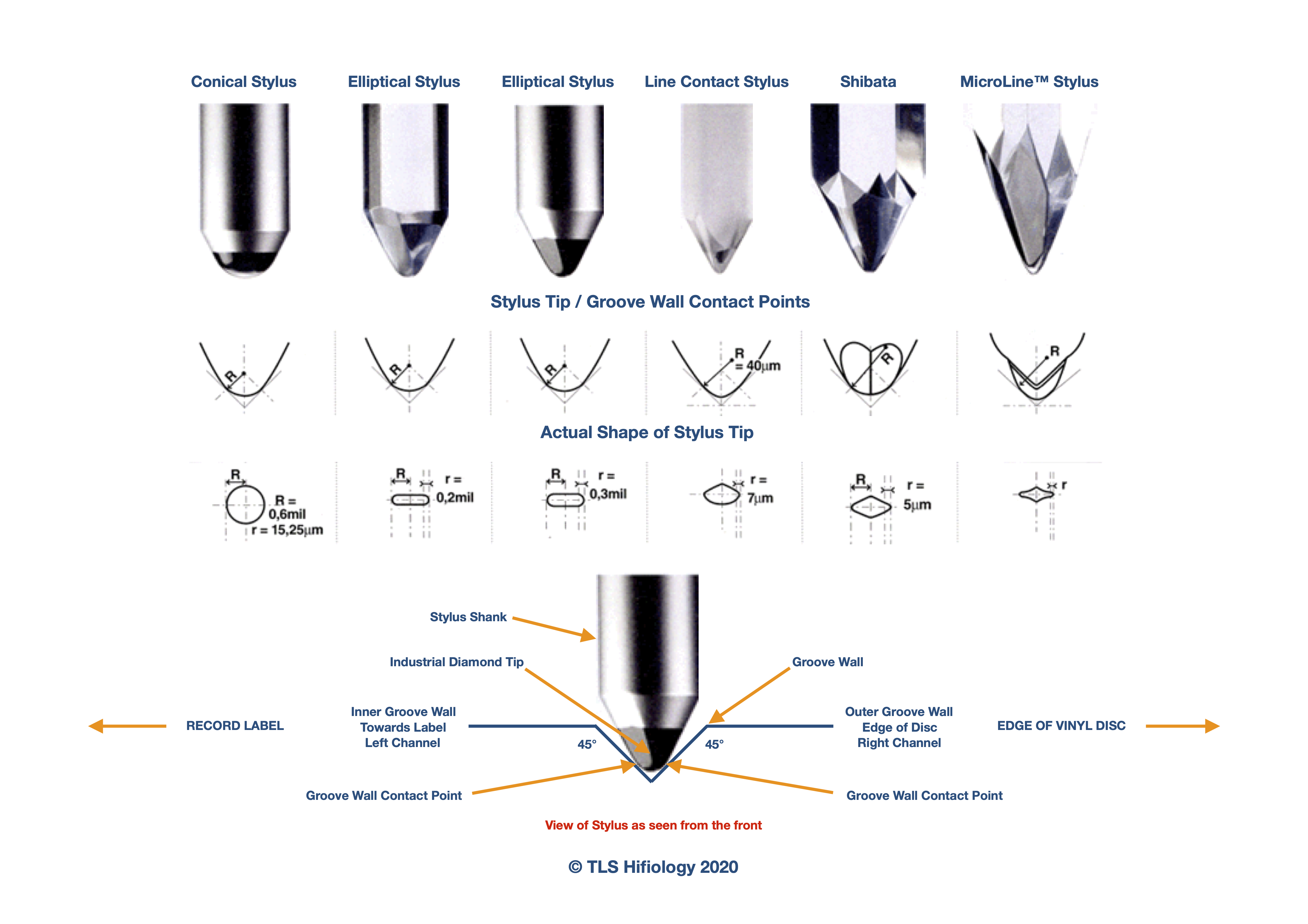 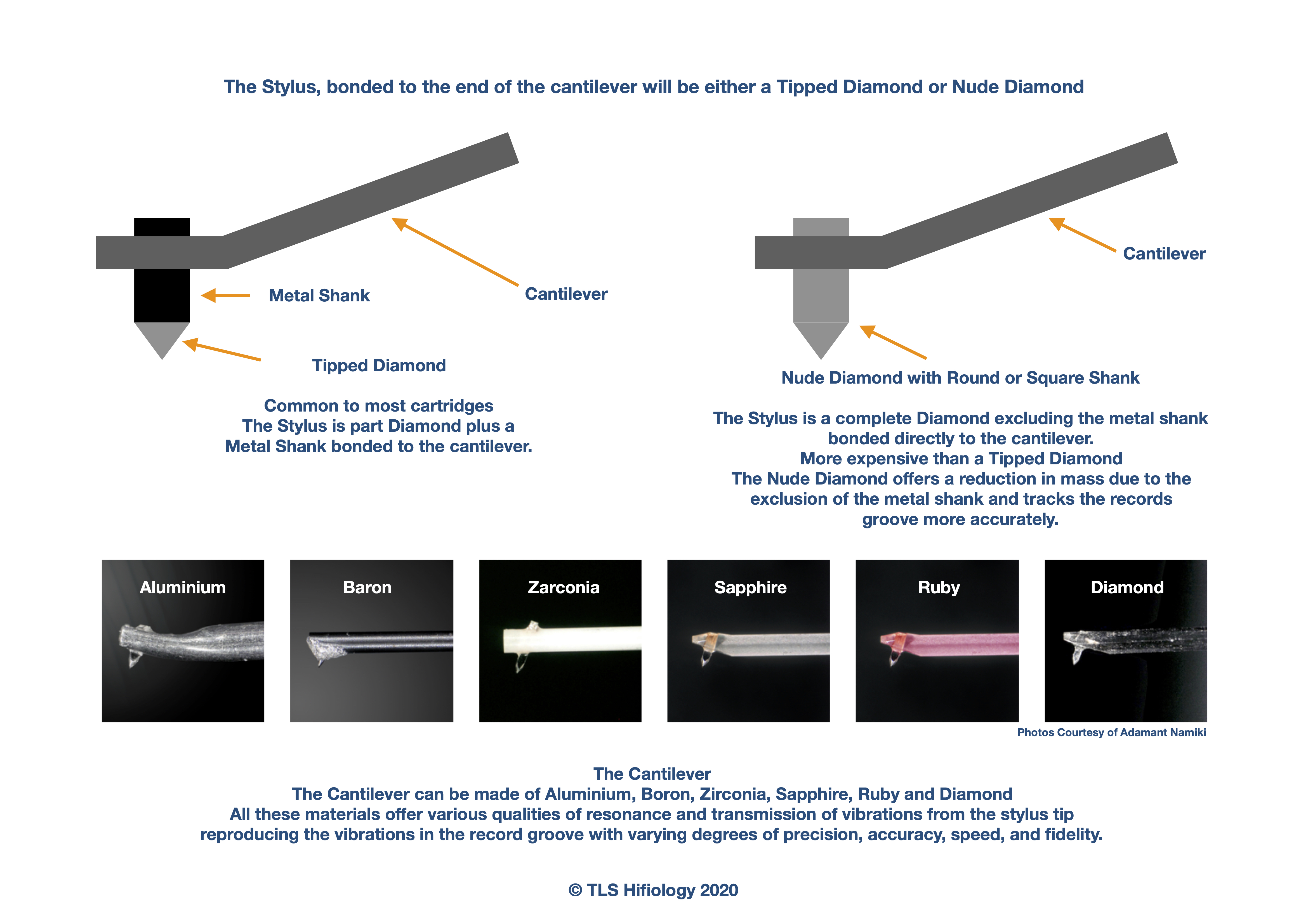 They are the most common, least expensive and easiest to align. When magnified the tip of the stylus looks like a ballpoint pen. They have a short life span and produce the most wear and tear inside the records groove walls.

Elliptical styli offer more precise tracking and groove wall contact and do require far more precise stylus, cartridge and tonearm alignment. They have a longer vertical contact area and a narrower front to back contact area within the record groove. The payback is reduced wear and tear, improved high frequency and phase response, plus lower distortion particularly nearing the end of the record disc in the hard-to-track inner grooves.

Due to their advanced shape and design they are far more expensive than an elliptical stylus and definitely require far more precise stylus, cartridge and tonearm alignment. These styli are the most advanced of all the styli types, they are difficult to manufacture and expensive.

The computer designed tips are similar to the shape of a cutting stylus used to cut master lacquer discs. They are far lighter in weight offering the best tracking and high-frequency performance, with less distortion, particularly nearing the end of the record in the hard-to-track inner grooves. Their multilevel “ridge” shapes allow these styli to offer superior imaging and depth, with greatly reduced groove and stylus wear and tear.

Reasons for Investing and Upgrading your Cartridge and Stylus

The cutting engineer compensates for this hi frequency loss plus distortion by cutting louder tracks on the outside of the disc and quieter tracks on the inside of the disc. Louder tracks require more space for a deeper, wider groove depth and cut for volume and clarity. The shorter in time the tracks are on an LP, the better, resulting in improved dynamics and volume. The longer or more tracks that are cut, the quieter and less dynamic the record will be, plus there will be increased surface noise.

Study the grooves on a 12’’ remix record running at 45rpm and you will see that the groove is cut deeper and wider this is because there is only one track per side and the cutting engineer can use all the space available to cut a deeper and wider groove resulting in a louder and clearer vinyl cut.