The diagrams below depict the following stylus alignment settings.

The angle of the stylus within the groove as viewed from above.

Vertical Tracking Force is the applied weight in grams to the stylus as it tracks the groove of the record. Every cartridge has a manufacturers recommended VTF to achieve the best balance of force applied to the cantilever and stylus tip.

As the stylus tracks the vinyl records groove there is a rotational force pulling the stylus inwards towards the centre of the record and predominantly to the side of the inner groove wall which contains left channel information.

To counteract this force described as ‘Skating’ or ‘Rotational Bias’ there is a setting on the tonearm called Anti-Skating or Bias control. 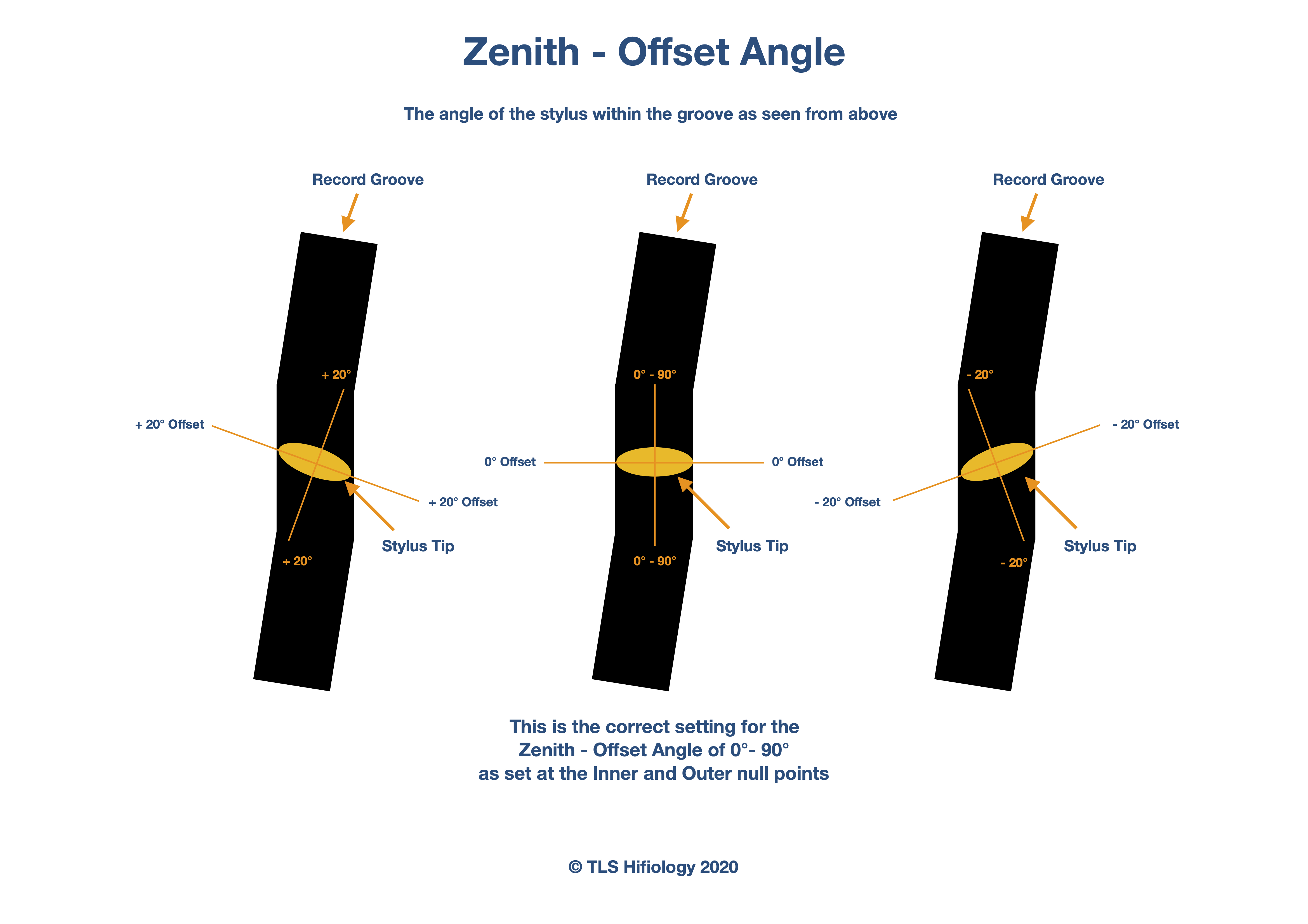 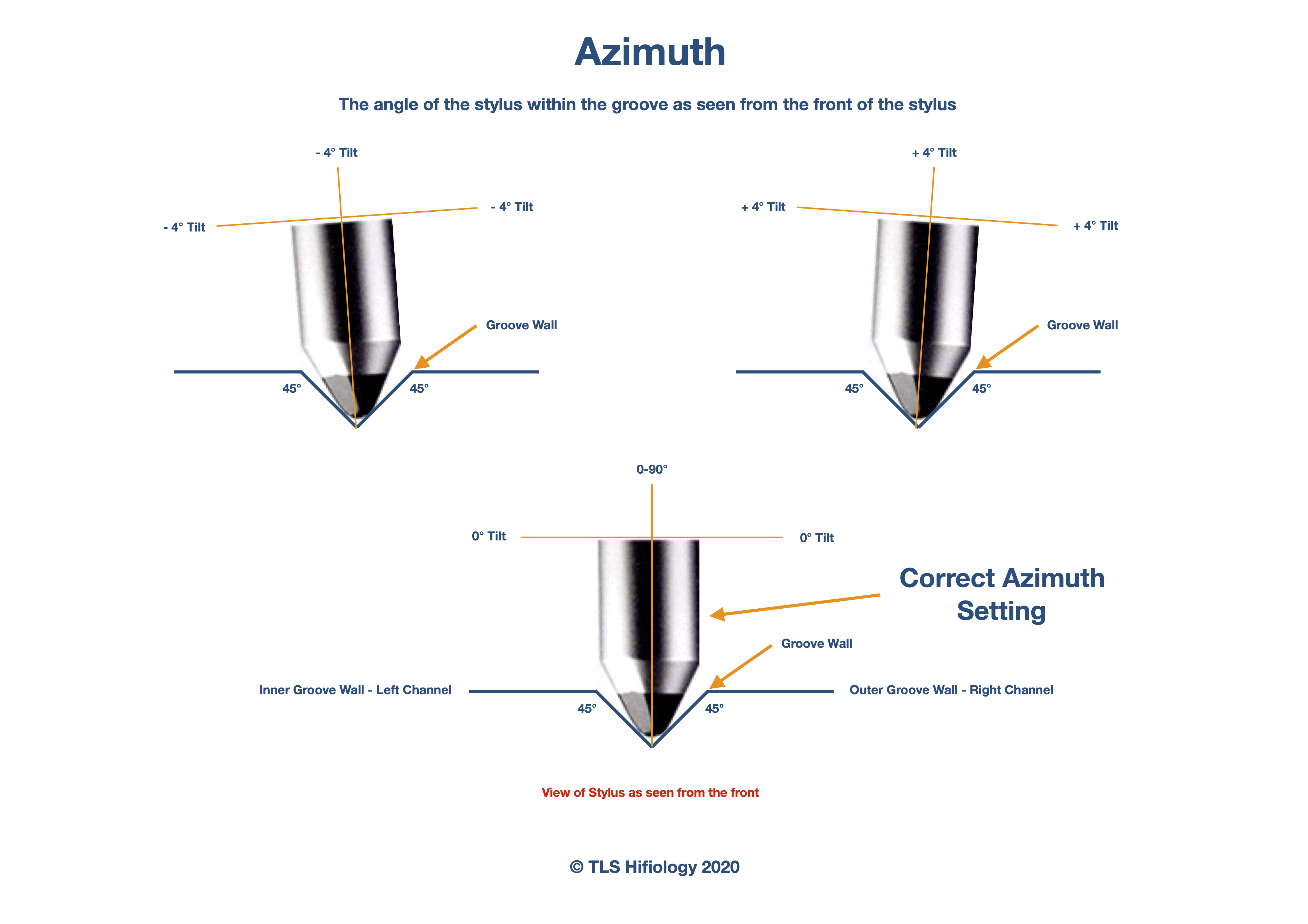 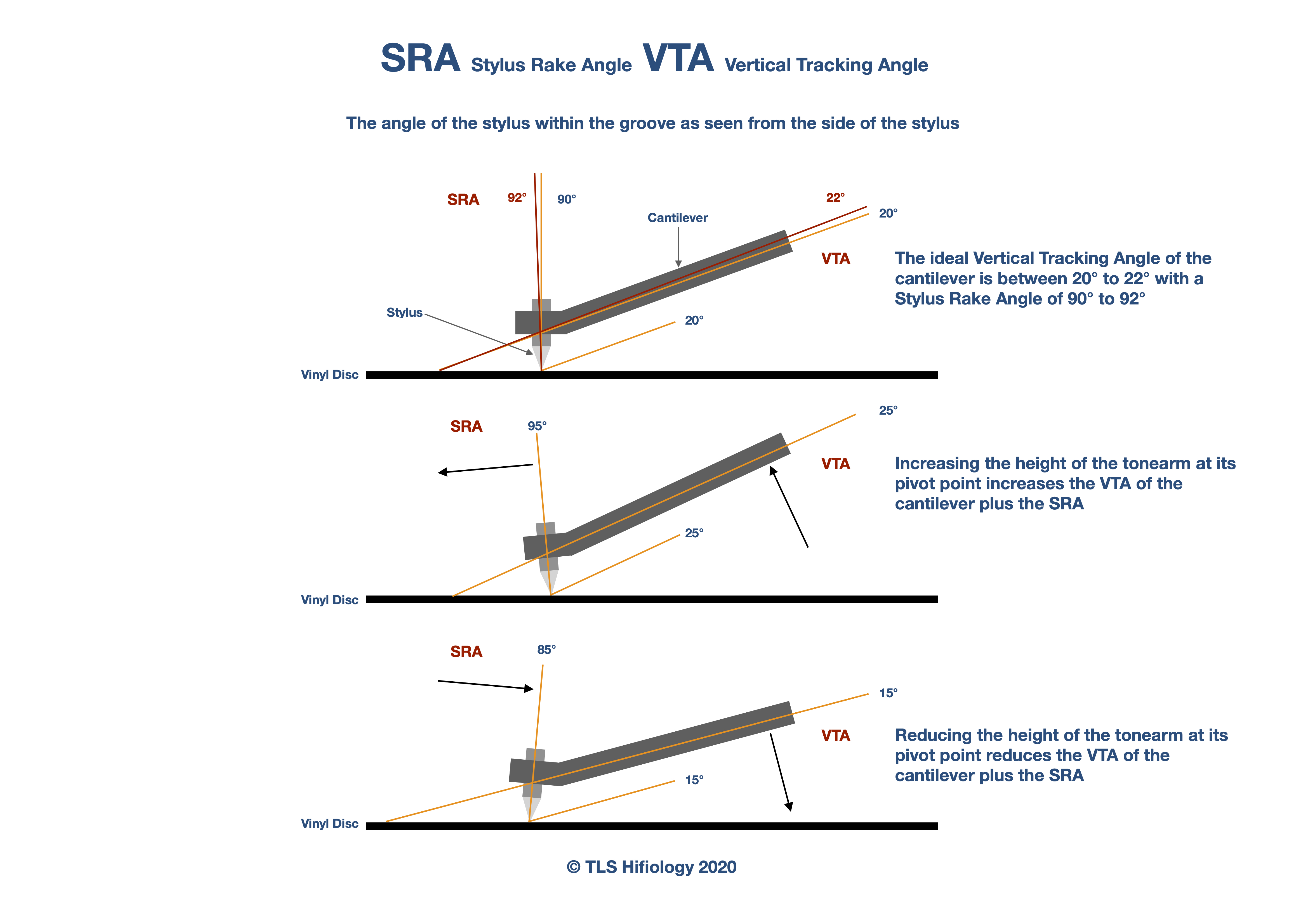 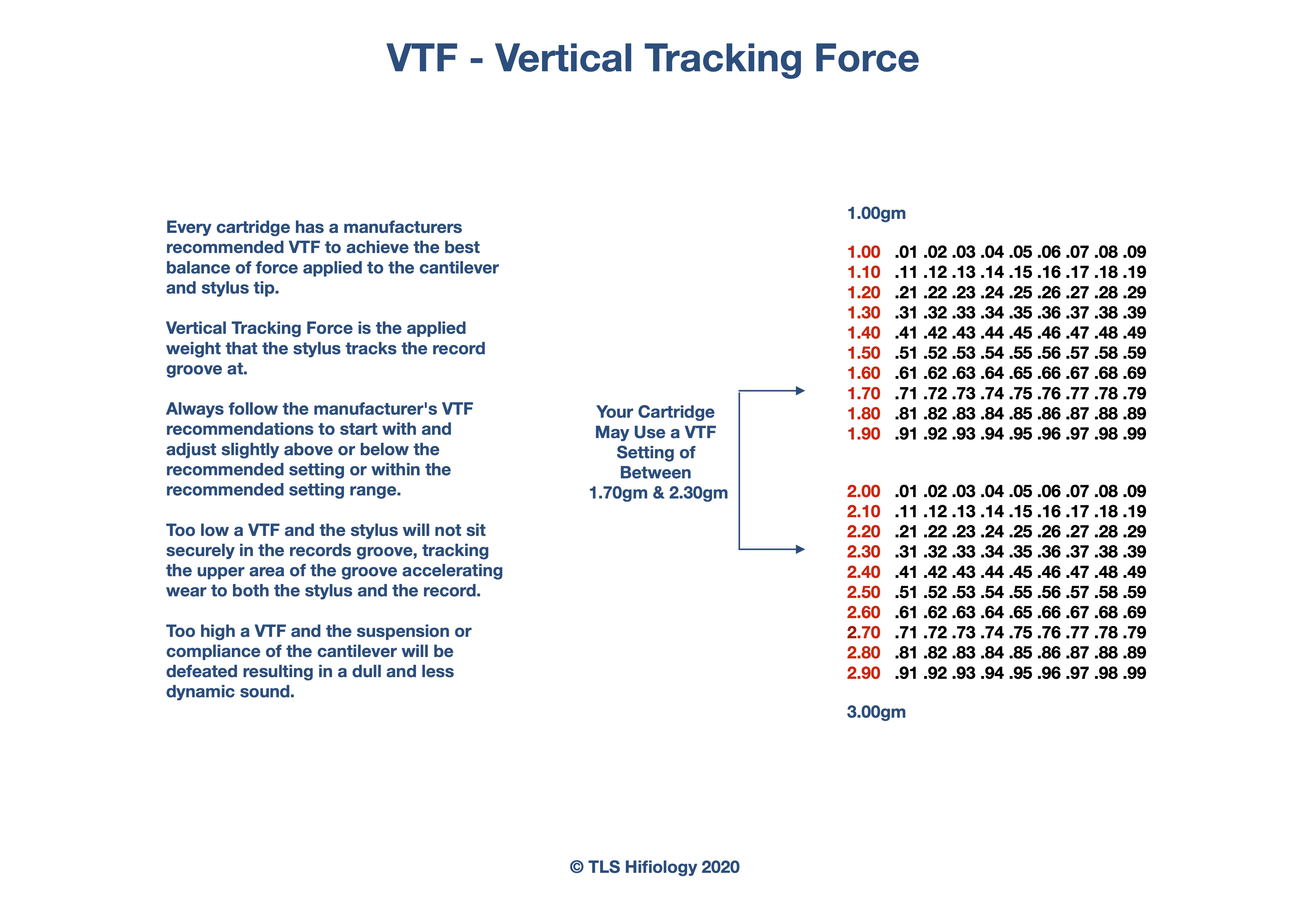 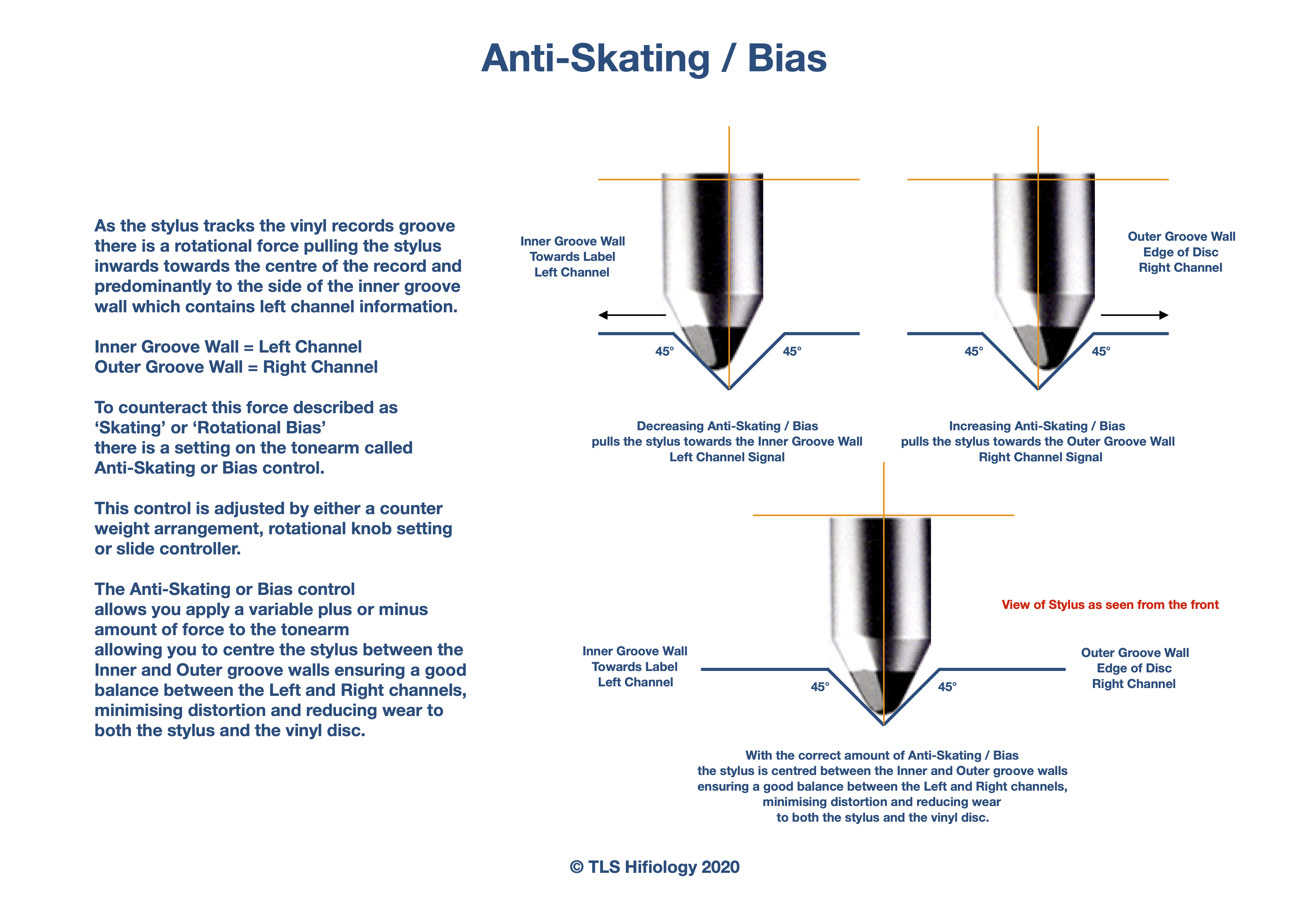